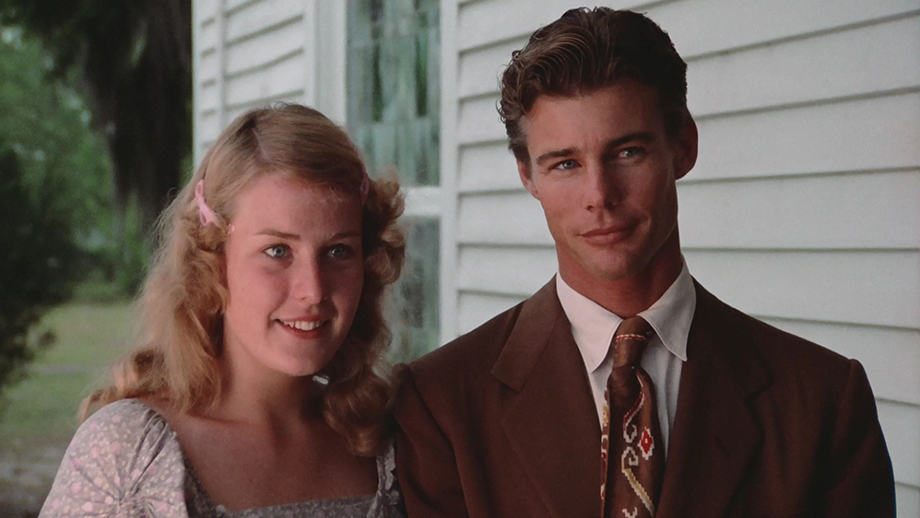 A movie that was filmed in the Bulloch County area over 45 years ago was lost and forgotten, but has recently been rediscovered. The film was restored and remastered for re-release.

In 1974, one romantic drama graced theaters across the nation to become an instant cult classic. Filmed in and around Statesboro, Georgia and released by Columbia Pictures, Buster and Billie would become a hot topic in cinematic circles everywhere for its controversial content and violent ending. Following suit with the tragedy of the story, the film itself would become lost and presumed destroyed when the original masters went missing for 45 years. After decades of rumors, speculation, and mystery; the original masters were located, and Buster and Billie has been restored and remastered by Michigan-based Zephina Media for re-release on Blu-Ray and DVD.

Featuring young actors Jan-Michael Vincent (Buster), Joan Goodfellow (Billie), Pamela Sue Martin (Margie), Clifton James (Jake), and Robert Englund (Whitey); Buster and Billie’s steamy storyline and tragic ending provided viewers with a unique cinematic experience that was revolutionary for its time. Set in a small town in Georgia in the late 1940s, Buster and Billie follows the classic theme of “boy meets girl”, but with an unprecedented twist. Buster Lane, the popular guy in school is engaged to be married to his high-school sweetheart Margie Hooks. Billie-Jo Truluck is the underprivileged girl in school who catches his eye.

Frustrated at his fiancé, Buster begins to visit Billie, and what started as a physical relationship blossomed into a steamy romance. Billie’s new-found exclusivity enrages Buster’s friends. What happened next shocked viewers and critics alike.

Unphased by the critics, fans of Buster and Billie began to show unwavering support once the film seemed to disappear from history. Bootleg versions began to arise from time to time, but in the 45 years it was missing nothing ever came close to the original film quality. Often the subject of “whatever happened to…” discussions among movie fans, the disappearance of the film became a pop culture mystery, until now.

In late 2019, Zephina Media project manager Seth Doherty set out to solve the mystery of Buster And Billie. After nearly a year of searching without success, Doherty contacted a connection at Sony Pictures who helped locate the original Buster and Billie elements, long forgotten, in Sony’s underground vaults. Eager to restore the picture to its glory, Zephina began a complete restoration using digital scanning to bring the cult classic back to life.

“It’s been quite a treasure hunt, with a lot of twists and turns,” said Doherty. “I’m a bit of a super-fan of the film and I think other fans of Buster And Billie will be pleased with the results.”

The restoration process involves taking a high resolution digital picture of each frame of the original film negative and applying software and other techniques to clean and restore color.

“Sony took very good care of the film reels,” said Doherty. “We held our breath because it’s been nearly 50 years since the reels were put through a projector, or in this case, a scanner. But at the end of the day, the film was in great shape and easy to work with.”

To learn more about Buster and Billie or to grab a copy on Blu-Ray or DVD, please visit: https://www.busterandbillie.com

Calling all Bargain Hunters, there’s a new store in town

Several Arrested in Statesboro for Armed Robbery of Pizza Delivery Driver, Other Charges

2.4 pounds of meth off the streets